Steev Kindwald was born in 1970 to a mixed family from Rumania, Germany, Scotland and England --- though living and studying regularly in Asia, he is in fact playing the ancient folk instruments of his descendant cultures; Jaw Harps (plucked or string - activated reeds) and Double Flutes which were both popular with the farming and animal herding cultures of these respective cultures.

Steev, over the last thirteen years, has been studying Asian musics (specifically folk, gypsy, nomadic or tribal) or working with traditional instrument makers --- from the mountains of Northern Thailand, Lao and Vietnam to the Thar Desert / Indus Valley of Rajasthan, Sindh and Kachchh to the jungles, beaches and mountains of Central Indonesia to the rugged hills of Northern Myanmar even to the quiet rice field villages of Japan. This personal research is distilled into a unique musical combination of Jazz rhythms, Gypsy cadence, Indonesian Gong harmonic structures and the modes of Desert music steeped in the scorching winds of the sands - which has entranced audiences in France, Japan, America, Germany, Australia, India, Nepal, Holland, Norway and Spain.

He has been playing many variations of the Jaw Harp over the last twenty years; he would say his first 'teacher' was the nature; the experience of walking in the forests or near rivers or listening to the wind swaying the wildflowers on the plains. This later led to studying Morchang in Rajasthan, Moorsingh in South India, Genggong in Bali plus many other types of mouth - resonated reeds. Double Flute Algoza he has been rigorously studying in Rajasthan the last nine years and had been using the circular breathing technique on various mostly Asian wind instruments for the past thirteen years. Steev's latest experiment is circular breathing on an end blown two and a half meter long plastic tube to form a giant continuous overtone flute reminiscent of cult flutes from the Sepik River in Papua New Guinea.

The concept of this music is for the harmonic and breath - based drones (either of the vibrating reed of the Jaw Harp or the circular breathing on the Double Flutes Algoza or end blown two and a half meter plastic tubing or Northeastern Thai circular panpipes, etc..) to act as a sound driver to take the listener on a sound journey where each listener experiences an individual story; Driven by the continuous sounds which are creations based on the varied traditions Steev has encountered on his travels seeking the perfect sound. His music is often compared to the sound of a full band due to the many rhythmic variations, backbeats and melodic permutations he creates on these instruments in concerts and recordings. Rhythm plays a central role as each variety of rhythm give a different effect so, for example a seven and a half rhythm will tend to give a different feeling than a seventeen rhythm.

Steev also has given lecture demonstrations in Japan, France, Norway and America. These show the traditional music forms used on Double Flutes Algoza and various kinds of Jaw Harps for anyone --- not only musicians --- to bring these musics to the general public by also giving a socio/cultural perspective as these instruments were always with the local people using music as a tool for storytelling, transmitting oral histories and pure entertainment.

The main focus of this music combining many influences is to create timeless and beautiful music that respects the knowledge of the traditional form but creates for the future; to create a current mood using ancient sounds inherent to many cultures. 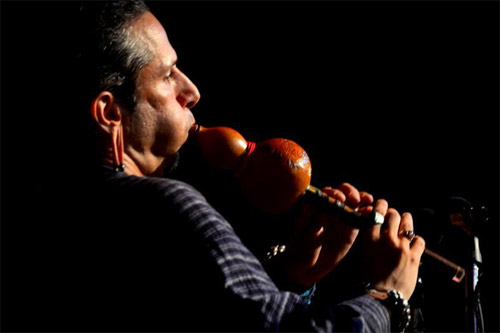 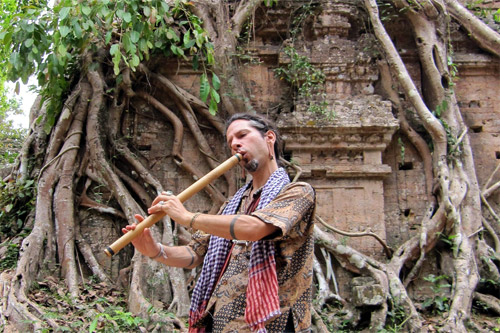 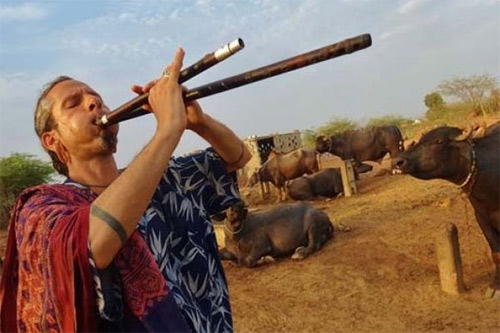 You can use the form below